The BFF Children’s Film Award went to Captain Nova by Maurice Trouwborst.
The ECFA Award for best European kids’ film went to Buster by Martin Miehe-Renard.
The ECFA Award for best documentary was awarded Shabu by Shamira Raphaëla.
The short film Planet Robin by Johan Kaos won the BFF Short Film Award for best Norwegian short film in the competition programme.
The Children's Jury picked Opal by Alan Bidard as their favourite feature film and Fox for Edgar by Pauline Kortmann as their favourite short film.
The Audience Award went to Mini-Zlatan and Uncle Darling by Christian Lo.
La Francisca, a Chilean Youth by Rodrigo Litorriaga was awarded the Best Youth Feature Film and the same jury crowned Angel/Demon by Vigdis Nielsen their winner in the Best Youth Short Film category.
The winner of the pitching competition was the project Wings by Peter Theisen Amlie.
Tone Andersen and her manuscript Lillesøster won the script to film competition. 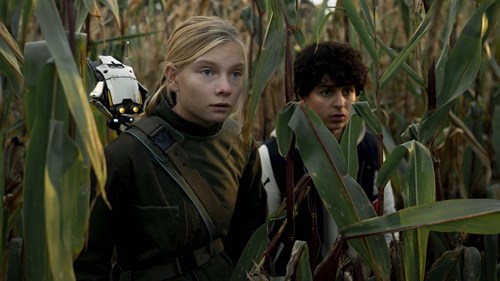 The BFF Children’s Film Award went to Captain Nova by Maurice Trouwborst.
Films for children and youth comes in all genres, and one of those which mix future and present in a sci-fi-story successfully is the winner of BEST FOREIGN FILM at the Kristiansand International Children’s Film Festival 2022.

The members of the jury are Cinema Director Marit Sætre Færevåg, Manager Professional Training at the Norwegian Film Institute Rune Tellefsen and consultant Åge Hoffart. This year’s winner is a film which in style uses a familiar genre to say something important about our time and society. Its thesps deliver immaculate performances and the film makes a powerful visual impression. A girl aged 12 and a 15-year-old boy are the two people working hard to save our planet. The picture keeps the excitement untill the end and could entertain and enlighten audiences in Norwegian cinemas. The prize goes to "Captain Nova" from the Netherlands, directed by Maurice Trouwborst. 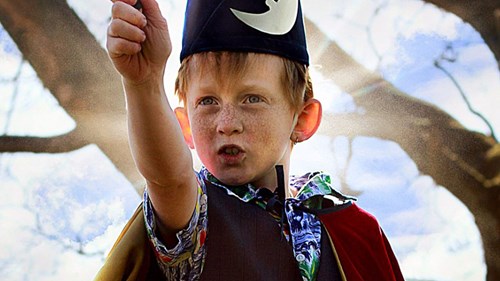 The jury says the following about their winner:
In this movie we follow the daily life of a young boy with a lot of imagination. But despite his unlimited imagination and fantasy he is confronted with the real world in which his family plays a central role. For once, a happy family although his father is umemployed and his little sister has a handicap. The relation with his sister is deeply touching as well as the way hé takes care of his neighbour, the old Mr. Larssen who turnen out tbe his teamchef in magic.
This movie deals with persistance to achieve your goals, with the first love and all the obstacles this brings.
But it's all spiced up with a lot of humour.
This all makes "Buster's World" a must-have-seen film for everbody and the ECFA Award winner in the long feature section! 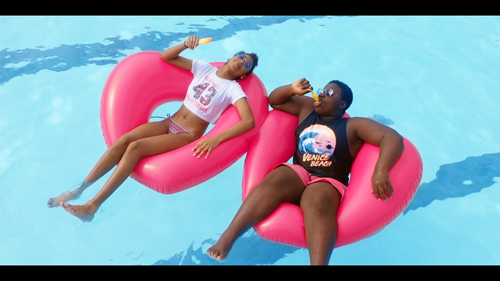 The ECFA Award for best documentary was awarded Shabu (Netherlands) by Shamira Raphaëla.
About the winning film the jury states:
Supported by the amazing camerawork and the great moodsetting beats of the soundtrack, this movie gives us an inside in a particular neighbourhood. Through the eyes of the main character, a 14-year-old boy, we get a picture of his family, his passion for music, his first love, his friends, etc...he energy and the lust for life bursts out of the screen in this documentary about an ambitious teenager rooted in close family ties. Despite his easy ging acts, he shows a strong sense of loyalty and responsibility, depicted mainly in the love for his grandmother. Ultimately "Shabu" is the perfect example of a contemporary coming of age documentary and therefore the winner of the ECFA Award as best documentary.

In their jury statement the jury says:
This year’s winner is an exciting story, with several layers, about a child’s heartfelt desire to fix what is broken – whether it is the parents’ marriage or a damaged planet. And that it is often not so easy to achieve, even with the best intentions. From this project won the pitch competition in 2019, the filmmaker has created an original og imaginative universe, with immediate associations to both “Where the Wild Things Are” and “E.T.”, which the jury would like to see more of. We would also like to praise the young and talented actor, Billie Østli, who once again creates magic on the movie screen.

In their reasons for picking Opal as their winner of best feature film, the jury stated that the film has an important message and themes. The film raises awareness of abuse within families, it has deep messages about childhood trauma, and it talks about openness around therapy. The representation in this movie is necessary and important. We wish to see more films like this in the future. 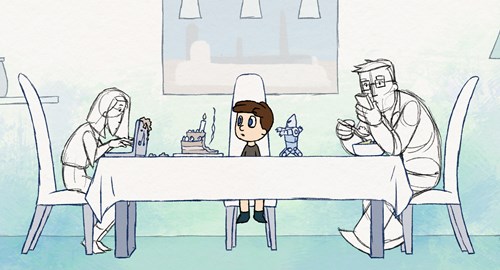 About Fox for Edgar the jury stated:
Although the film is short and has no dialogue, it pulls at your heartstrings ever so slightly and subtly. It has an important theme. These days we are on our devices and social media way too much leading us to forget to pay attention to what's going on around us. The movie showed a child's imagination of how they will attempt to seek attention and how sensitive their minds can be. We liked the way it was animated and the use of colours. We truly loved this film and could watch it again and again, and again and again. The jury was unanimous.

‘20 years ago, Christian Lo was here during KICFF with his graduation film from Manchester. Already back then Lo and his wife producer Trine Aadalen Lo said that they wanted to work with children’s’ films. And so they have! We have seen it before with films like Los Bando and Best Friends and again now with Mini-Zlatan and Uncle Darling. They really know kids’ movies! KICFF could not have asked for a better opening film in our silver jubilee, and I am not surprised that the audience voted this as their favourite,’ says Danckert Monrad-Krohn from KICFF about the winner. 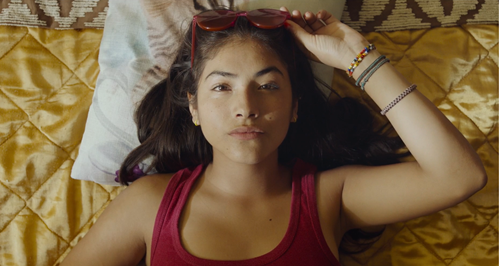 La Francisca, a Chilean Youth by Rodrigo Litorriaga was awarded the Best Youth Feature Film and the same jury crowned Angel/Demon by Vigdis Nielsen their winner in the Best Youth Short Film category.
Aleksandra Krajewska, Caroline Fjellestad, Eirik Navjord, Fredrik Birkeland og Jennifer Flodin, students from Tangen Videregående Skole, a high school, made up the youth jury. In their reasons for picking La Francisca, a Chilean Youth as their winner, the jury states that the winning film evoked a wide range of emotions within the jury. It conveyed a complex and gripping story in a captivating and technically gracious manner. The film appealed with its sympathetic main character, and it excelled in visual storytelling. The jury was unanimous, even though another film was in close competition in the poll.

For their short film, the same jury chose Angel/Demon by Vigdis Nielsen as their winner. The jury says the short film marathon was something else! Each film had its own unique story with a special message attached to it. Every film was different, even though it had relevance tied to the present, which made it almost impeccable.

The winner of best short film in the youth category problematises a highly relevant conflict of values, that concerns identity and orientation. The message was expressed unbendingly loud and clear. The chemistry between the main characters left us wanting more, and the antagonistic force was effectively emphasized though several cinematic techniques and engaging acting.

For these reason the youth jury crowned Angel/Demon by Vigdis Nielsen as their winner.

The winner of the pitching competition was the project Wings by Peter Theisen Amlie.
The members of this year’s jury have been Lennart Ström, Leader of M;BRANE in Malmø, Kim Skarning Andersen, CEO at KinoSør and Ingunn Myklevoll Sjøen, Production Advisor and Information Officer at Mediafondet Zefyr.

There was a total of 15 qualified projects, of which eight projects were invited to the pitch competition during this year's festival.The jury is impressed with the overall quality of this year´s projects, and we are convinced that several of these will be in production in the future. However, there is a wide variation in the project’s maturity – from projects that are in the final stage of development, to those that still need a little more time, love, and care. It has therefore been important to evaluate all projects against the main purpose of this award, which is to produce a pilot.

However, a unified jury was impressed by this year’s winning project.
With World War II as a backdrop, a strong and credible coming-of-age story is told. A story about rebellion, prejudice, heroism and finding oneself in the transition from childhood to adulthood. The project is thorough, realistic and offers new and exciting perspectives; much thanks to the strong-willed and brave female characters in the story, who youth of today will recognize and embrace.
We look forward to seeing this project brought to life, and we hope this award can contribute to release the qualities of the story through a pilot episode.
It was with a great honor to announce that this year´s pitch award went to: WINGS by Peter Theisen Amlie.

Tone Andersen and her manuscript Lillesøster won the script to film competition.
The winner of this year's competition is a story of a power struggle in a relationship between siblings and daring to stand up for yourself and your beliefs. A know-it-all, and rather manipulative bigger sister uses her sister as an alibi to go on a trip without adults. She belittles her sister and puts her in an akward situation. But then the situation changes and the little sister discovers her own powers and independence.
The jury says the winning manuscript is well constructed, faithful to the short format and conveys a larger story. In the right hands the jury has faith that this will become a good film that many will be able to identify with.